On Monday, February 11, Naval Group and the Government of the Commonwealth of Australia have signed the Strategic Partnering Agreement, which governs the execution of the future submarines program for the fifty years to come. Prime Minister the Hon Scott Morrison, Minister for the Armed Forces Florence Parly and Defence Minister the Hon Christopher Pyne, witnessed the signing ceremony. 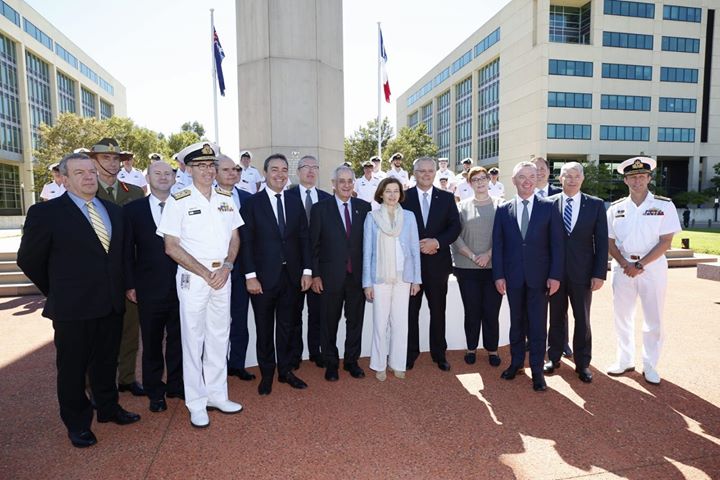 On her arrival at Canberra airport, Florence Parly was welcomed by Christophe Penot, Ambassador of France to Australia, and Lieutenant-Colonel Anthony Dennis, representing Australian Defence. For his part, General (armament) Yannick Cailliez, advisor to the Ambassador on the Attack-class submarine program, welcomed the DGA delegation led by General (armament) Thierry Carlier, Director of the International Development of the DGA, which was very involved in the finalization of the SPA. 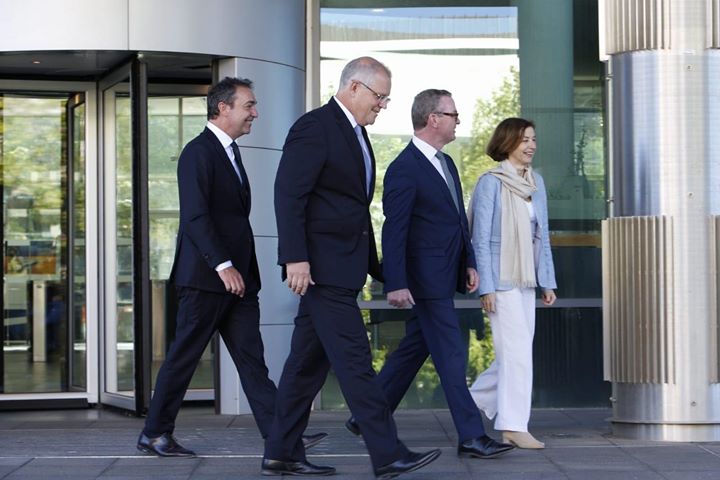 Welcomed by her Australian counterpart, Defence Minister Christopher Pyne, in Russell at the heart of the Defence Department, Florence Parly met with Australian Prime Minister Scott Morrison for the signing ceremony.

All three successively addressed the importance of the SPA. 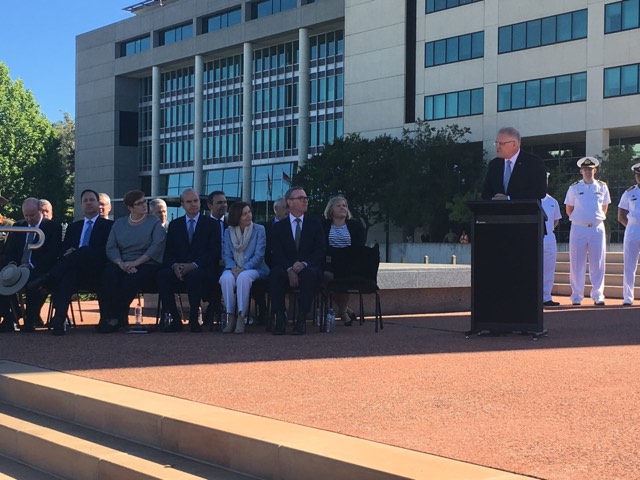 As Scott Morrison stated, the “12 attack class submarines will be a cornerstone of [the naval shipbuilding] plan and it’s all part of Australia’s biggest-ever peacetime investment in defence”, and the Strategic Partnering Agreement “underscores the longstanding and strategic partnership between Australia and France”. 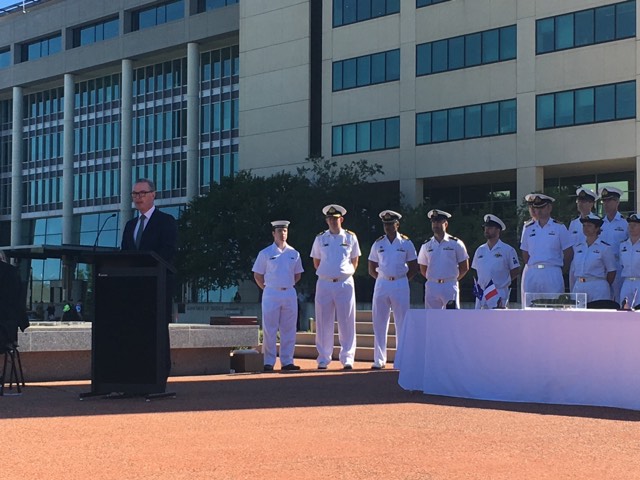 Following the Prime Minister, Christopher Pyne declared in his speech that « the submarines will help protect Australia’s security and prosperity for decades to come and also deepen the defence relationship between Australia and France”. 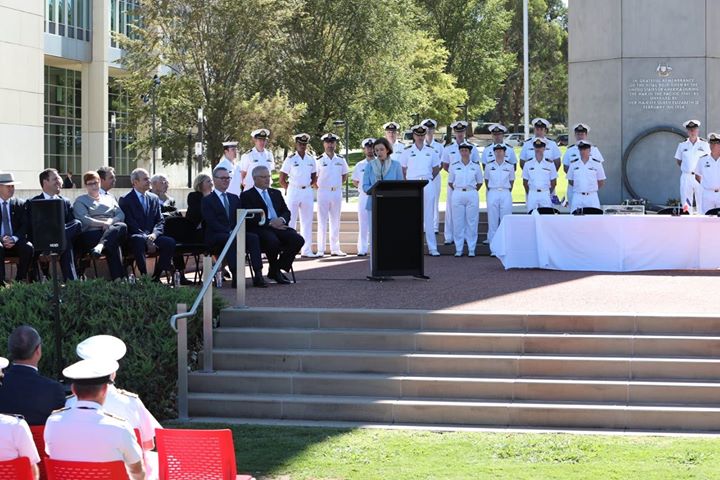 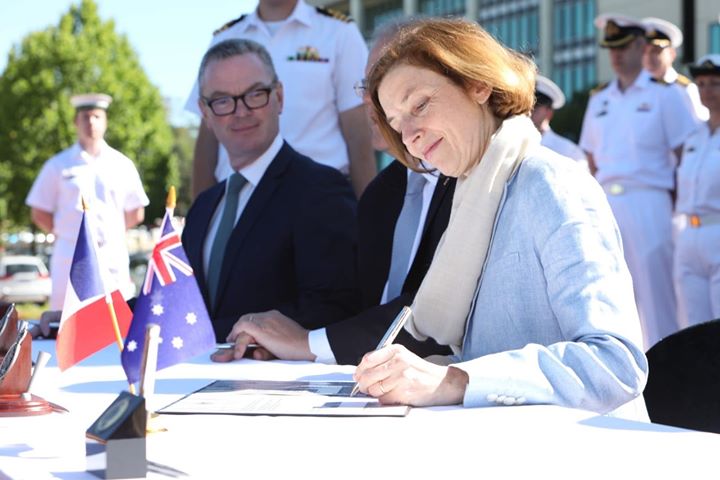 Naval Group, represented by Messrs. Hervé Guillou, CEO, Jean-Michel Billig, Executive director of the Attack-class program, and John Davies, CEO of the Australian branch, and the Commonwealth of Australia, represented by Rear Admiral Gregory Sammut, then proceeded to sign the Strategic Partnering Agreement. 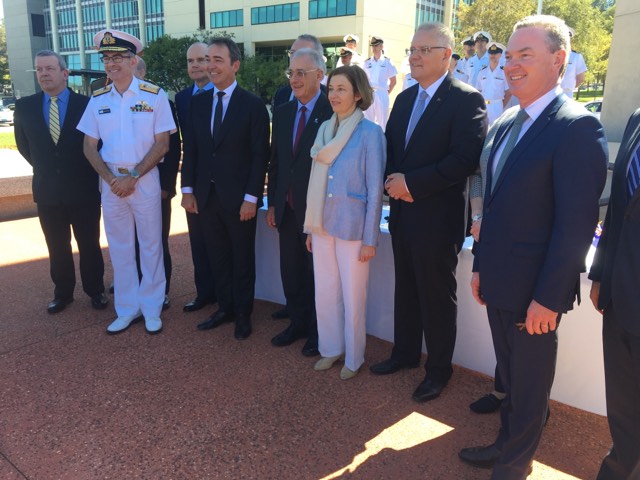 The ceremony marked the culmination of the two-year negotiations between Naval Group and the Commonwealth government for the construction of the Attack-class submarines. The agreement governs, among other matters, technology transfers, guarantees and risks clauses over the entire life of the program. 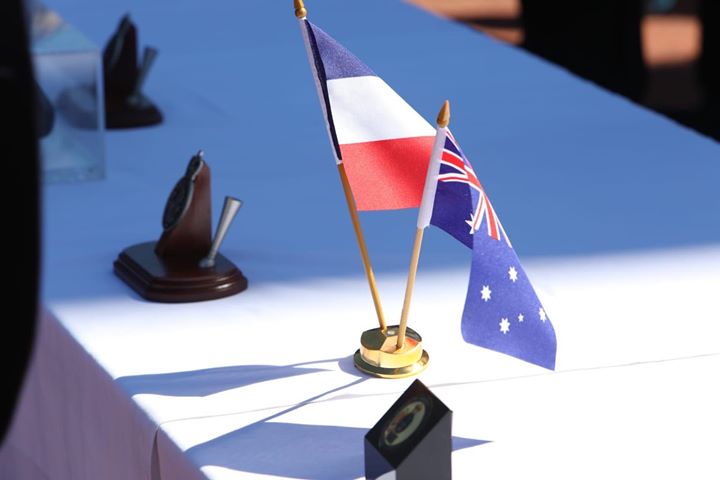 After this sequence bringing together the French and Australian delegations, Christopher Pyne and Florence Parly had the opportunity to exchange views on the French-Australian defence cooperation, at the Australian Parliament.

Before meeting with Richard Marles, Shadow Minister for Defence, Ms. Parly went to the ABC Studios for an interview with Laura Tingle, ABC’s Chief Political Correspondent. You can find HERE the link of this interview. 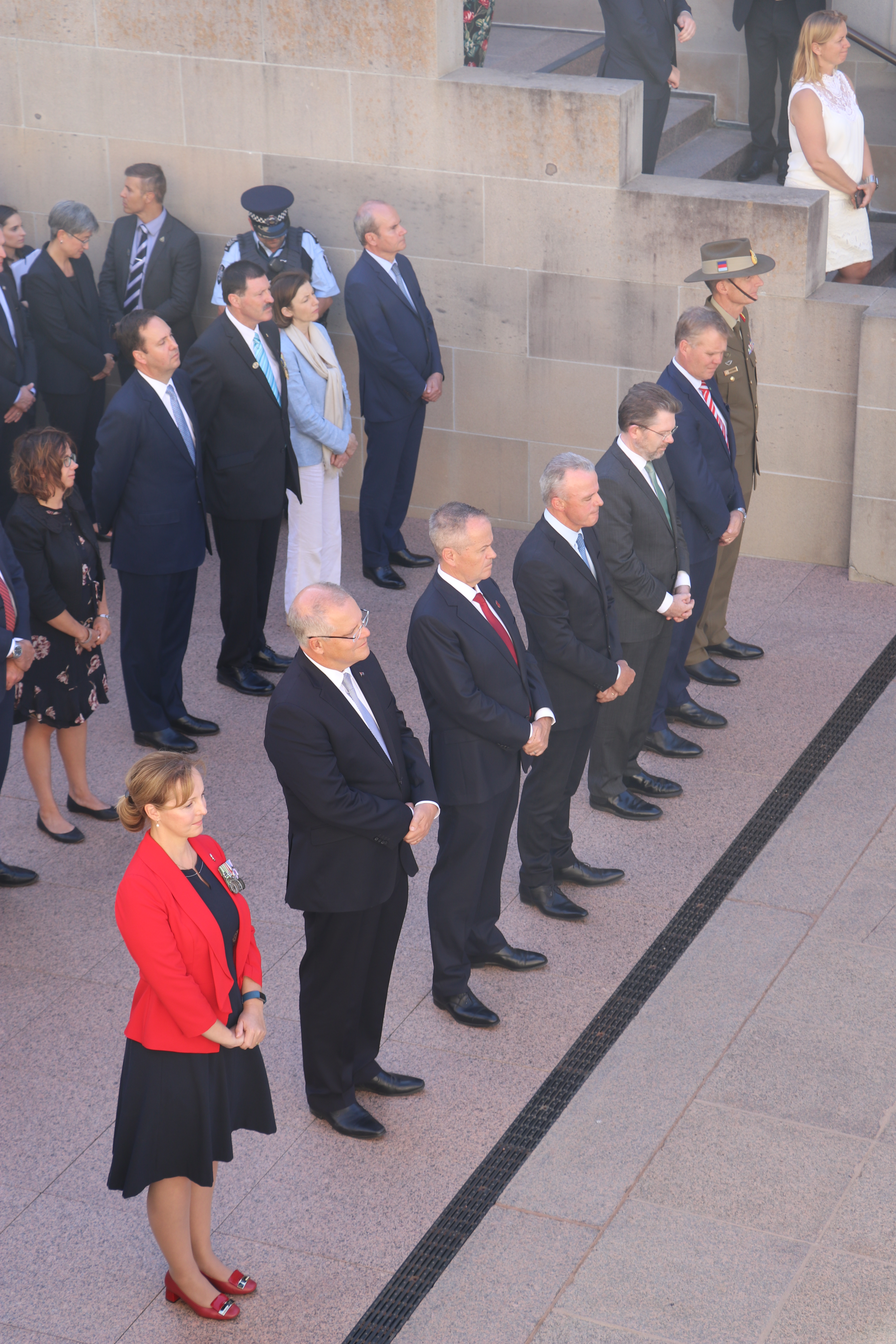 The day’s agenda, dedicated to the French-Australian defence cooperation, was concluded at the Australian War Memorial with a participation of Ms. Parly at the Last Post Ceremony, in the presence of Scott Morrison, Shadow Prime Minister Bill Shorten, Christopher Pyne and Richard Marles. Each day, the ceremony pays tribute to one of the 102,800 soldiers whose names appear on the memorial’s roll of honor. 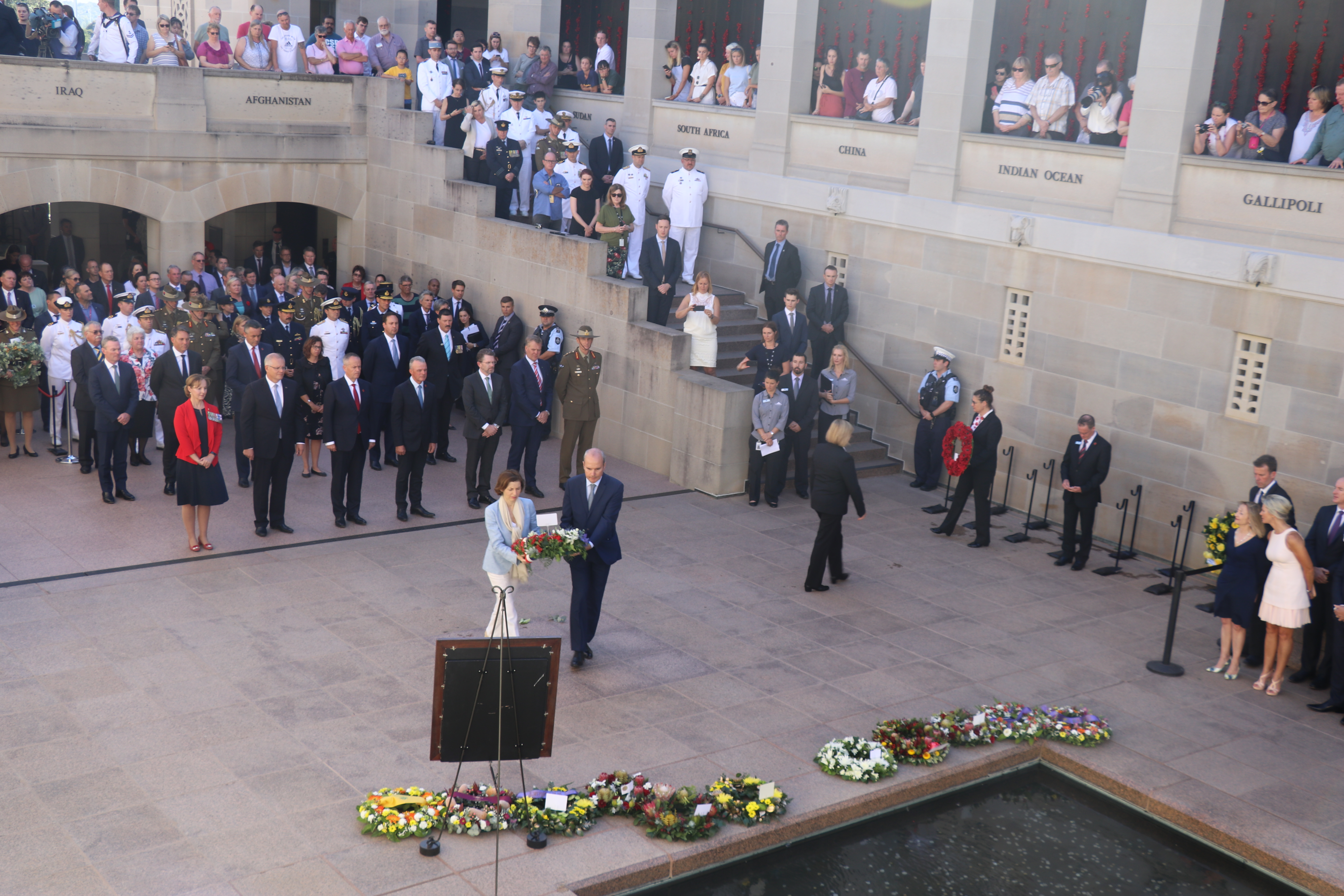 The Minister for Armed Forces attended the Last Post Ceremony at the Australian War Memorial to present France’s tribute to the Australian women and men who fought for our freedom.

The visit of Minister Florence Parly was an opportunity to reaffirm the solid foundations on which the French-Australian defence relationship is based. France and Australia share a focus in the Indo-Pacific, a commitment towards multilateralism and the international rules-based order, allowing them to promote a sustainable cooperation in order to face today’s major security challenges.

Last nine years all among 10 hottest-ever

Australia vows to enforce Covid rules ahead of Djokovic decision

French reporter ‘was told not to ask’ Djokovic about vaccination

EU flags at half-mast after death of parliament speaker Sassoli

NSW : There are currently 1,491 COVID-19 cases admitted to hospital, with 119 people in intensive care